‘The Vampire Diaries’ Leaving Netflix US in September 2022 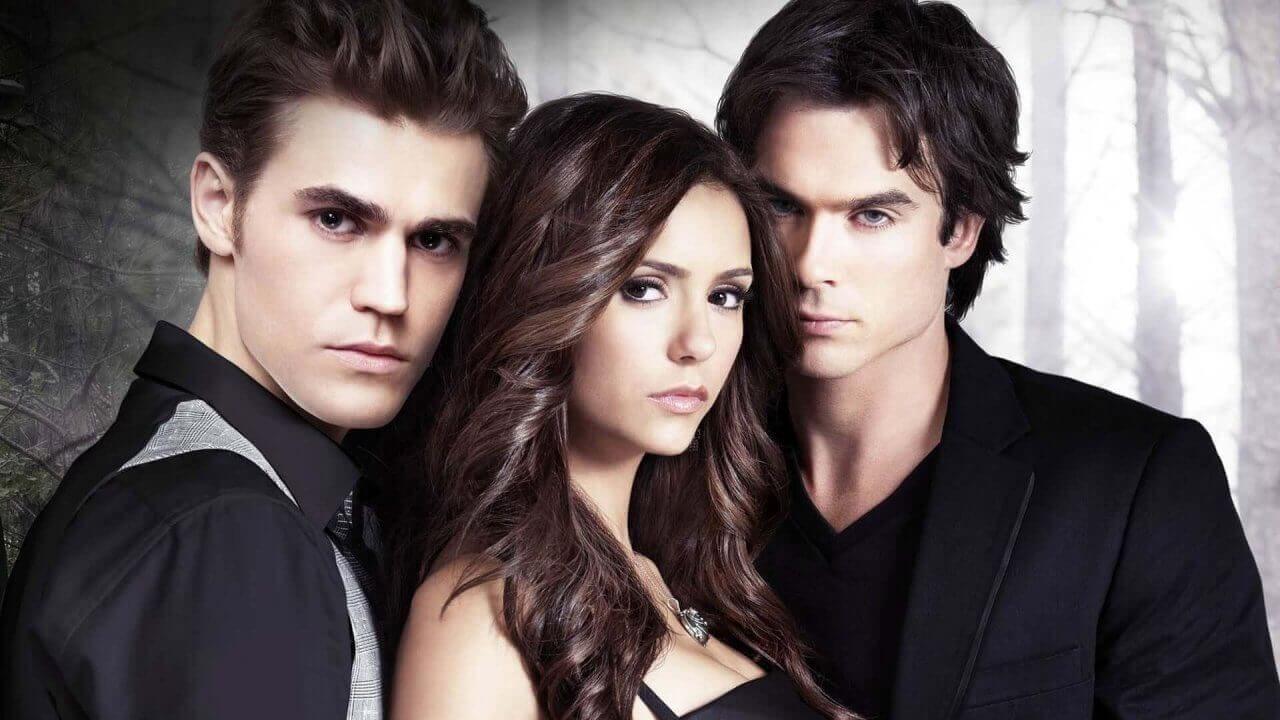 The popular teen supernatural series spawned a massive universe on the US TV network The CW and ran for eight seasons. It’s been years since the show was on our screens and it has resided on Netflix in many regions for years.

Six Netflix regions continue to stream The Vampire Diaries as of August 2022, including:

But as Warner Bros. Television continues to claim back of its shows from providers like Netflix, The Vampire Diaries will eventually leave Netflix for HBO Max.

The Vampire Diaries – Picture: The CW

The Vampire Diaries is Leaving Netflix US in September 2022

The Vampire Diaries is leaving Netflix in September 2022.

The Vampire Diaries was originally expected to leave Netflix in March 2022, as that was exactly 5 years after the final season was added to Netflix. We’ve seen all titles licensed to Netflix from The CW leave on this timeline but we got word in February that would not be the case.

Even weirder is when we got word recently that The Originals is leaving Netflix on July 1st, 2022. That’s nearly a year earlier than we originally expected (five years after the final season, in this instance, was in August 2023).

In June we got intel to suggest that the expiration date for The Vampire Diaries was dated for September 4th, 2022.

Now as we’re in August, that’s confirmed with an expiry date now showing on The Vampire Diaries in the US.

The expiry notice states that your “Last day to watch on Netflix” is September 3rd with the show being removed at midnight on September 4th. 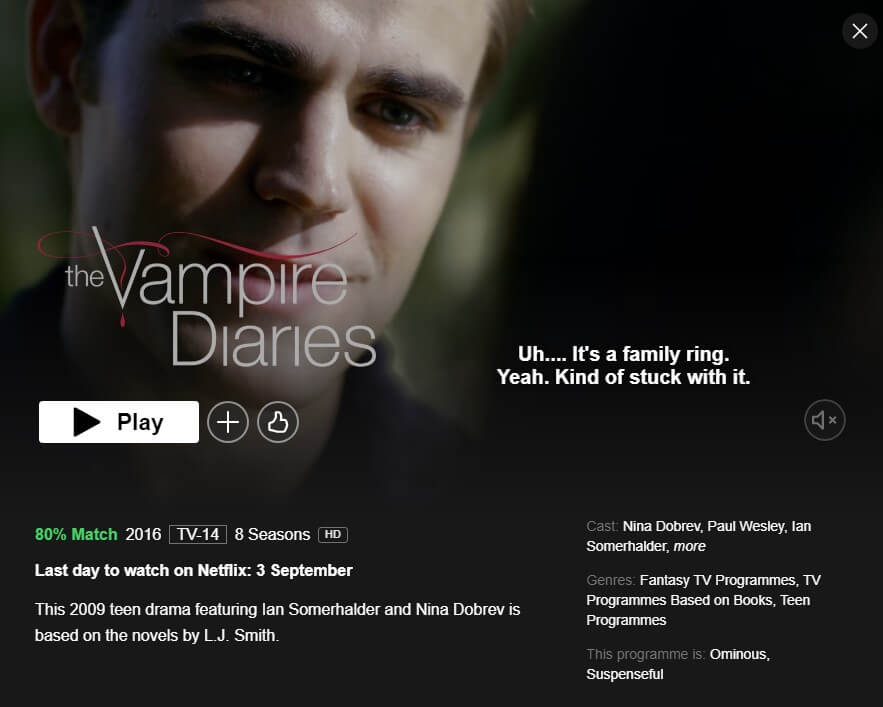 Removal notice on The Vampire Diaries on Netflix

Of course, The Vampire Diaries also exists on Netflix in other regions. Netflix UK once lost the show but got it quickly re-added.

Our current intel suggests that the show is up for renewal again on January 1st, 2023 meaning that come the new year, all eight seasons could leave, assuming a new deal isn’t struck to keep them going.

Netflix India and Australia’s expiration dates are currently set for December 31st, 2023 meaning you’ve got plenty of time to watch.

Will you miss The Vampire Diaries when it leaves Netflix? Let us know in the comments.