The Roberts Revival range is the James Bond of radio – a vintage classic that’s periodically reinvented to meet the needs of a new era – and the Roberts Revival Petite is perhaps the most radical entry in the series yet.

Over the past few years, we’ve seen Roberts add DAB and internet streaming to the Revival’s repertoire, and shrink the package down with the Revival Mini and Revival Uno. But neither of those options is as compact as the new Petite, which certainly lives up to its name and is probably the most surprising reimagining of the Revival yet.

It’s a titch of a radio, packing DAB+ and Bluetooth into a unit under five inches long and less than three inches tall (or 12.4cm and 7.3cm, to be exact). Even more surprisingly, it sounds fantastic. It’s the kind of radio you’ll buy for its stupidly cute looks, then find yourself grinning at the audio output.

Roberts Revival Petite review: What do you get for the money?

The Revival Petite costs £100, which positions it as the cheapest entry in the series and, by Revival standards at least, the offering is pretty basic. It’s a DAB+ radio with Bluetooth, a 3.5mm line-in and a built-in lithium-ion battery with a stated battery life of up to 20 hours.

It charges over a micro-USB cable, with no charger supplied, and uses a simple cable antenna rather than Roberts’ usual extending mast. As previously mentioned, it’s really, really tiny, but it still comes in a range of six faux-leather finishes: Black, Duck Egg, Dusky Pink, Midnight Blue, Pop Orange and Sunburst Yellow. All six look great and feature the kind of detailed styling you’d expect from a brand with a keen eye for aesthetics.

What’s more, the Revival Petite incorporates a bass radiator to accompany its pint-sized driver and add some low-end body to the sound. 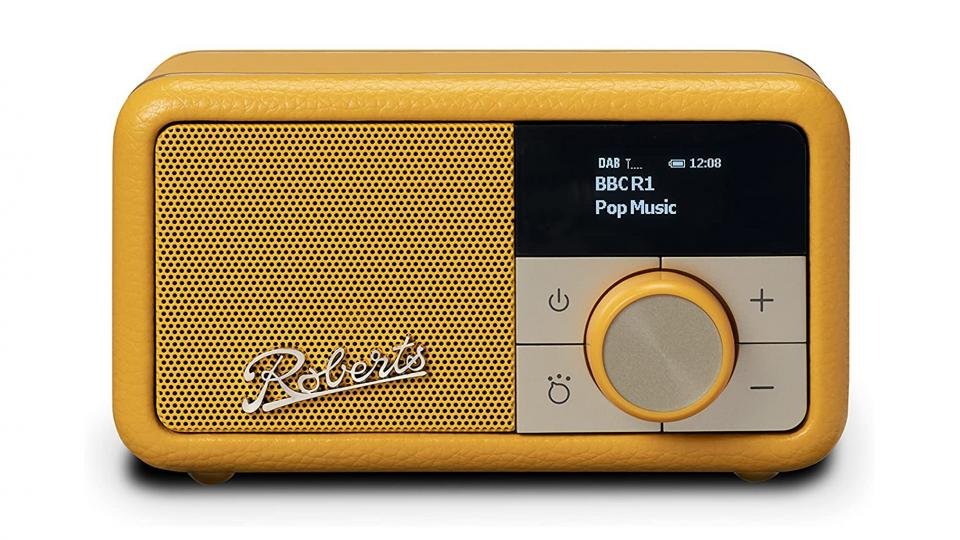 Roberts Revival Petite review: What features does it have?

Just the fundamentals. You can switch stations, adjust the volume and switch between the DAB, FM, Bluetooth and auxiliary-in modes using the dial and buttons on the front. A long press of the dial calls up a menu where you can rescan for stations or add the current station to the list of up to 20 presets (10 FM and 10 DAB) and, really, that’s about it.

If you want alarms or EQ settings, let alone internet streaming features, then you’ll need to move further up Roberts’ price and size range, but if you just want a compact, simple and easy-to-use radio, then this one has you covered.

It also has amazing levels of stamina. As I write, I’ve had it up and running with the volume around 50% for over 22 hours without a break, and there’s still a smidgeon of charge left in the meter. That’s fantastic if you want a radio you can carry around with you all day.

Roberts Revival Petite review: How does it sound?

The big surprise is how big and authoritative such a small unit can sound. I’ve tried previous radios of around this size from Pure, Sony and VQ, but even the best have suffered from a slightly tinny, boxy output, with little in the way of bass and most of the power in the mid-range and the treble. Some have been more listenable than others, and you put up with the audio compromises in the name of portability. With the Revival Petite, those compromises just aren’t that significant.

It’s punchy and energetic with rock and pop on Radio 2, Heart or 6 Music, with richer bass and a more spacious sound than you’d expect from a unit this size. Switch to Radio 4 and news reports, interviews and dramas and voices are communicated with clarity and weight.

Jazz can be near-unlistenable on compact radios, but on the Petite, it’s actually enjoyable, and while it’s hard to separate instruments in classical recordings on Radio 3 or Classic FM, the sound is still more than fine for background listening. In fact, it’s good enough to be distracting at times. 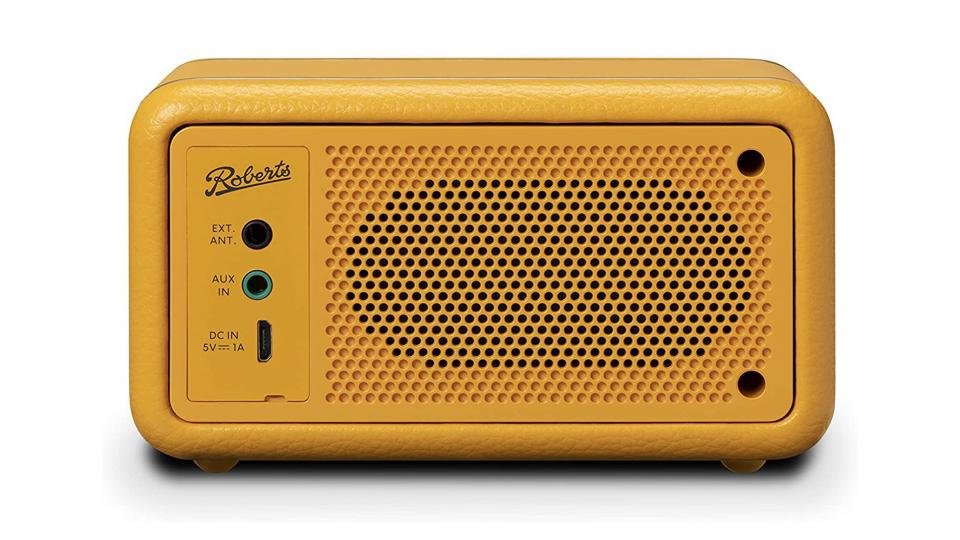 The big caveat here is that there’s a definite volume ceiling. Up to 75% (or 15 out of the Petite’s 20 levels) it’s great, but that final 25% sees distortion creeping in on bass-heavy material and the tone becoming strident.

It’s also worth noting that music streamed via Bluetooth doesn’t sound quite as good as the DAB output. It’s only a little thinner, but there’s a slight reduction in the wow factor, especially if you’re used to larger Bluetooth speakers at the same kind of price point.

Roberts Revival Petite review: What could be improved?

Aside from the aforementioned distortion at high volumes and minor dip in sound quality while streaming over Bluetooth, there’s very little to dislike about the Revival Petite.

The display could be better, as it’s very small, with text to match, which can make reading menus or finding out what’s playing a bit of a challenge. It’s also very bright, and while you can reduce the brightness level, you won’t get it down to levels you won’t notice in a darkened room.

The Petite’s use of a micro-USB port for charging also feels a bit outdated when most of the competition are incorporating USB-C, but this is far from being a dealbreaker.

Roberts Revival Petite review: Should you buy it?

Absolutely. The Roberts Revival Petite is not just a good compact DAB radio but a good DAB radio full stop, especially if you don’t need one to double as an alarm clock and you’re not fussed about internet streaming features.

It’s easy to use, sounds fantastic, and will run for nearly a day straight from a single charge. It’s not the best compact Bluetooth speaker I’ve ever heard, but as DAB radios go, it’s in a class of its own.

First benchmarks of the Samsung Exynos 2200 fail to impress